No items found.
Browse products
Product is not available in this quantity.

Back to all posts 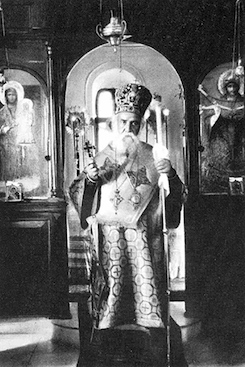 A Miracle of St. Nektarios of Pentapolis

‍In the course of our research for the Lives, Miracles, and Wisdom of the Saints & Fasting Calendar, we often run across stories that constantly amaze us. We hope you enjoy them as much as we do.

The peasants in a mountainous village of Aegina had been without a priest for years. Time was going by, but nothing was changing.

The peasants in a mountainous village of Aegina had been without a priest for years. Time was going by, but nothing was changing. Lent came, but they still had no priest. The people were worrying. In the first and final weeks of the Great Lent, most Greeks put their work and daily business on hold to dedicate themselves to prayer. Everywhere, they lower the flags as if in mourning for the crucified Christ. Every day, the people stand long hours at the Lenten services, walk in processions around their parishes, keep a dry fast, and some do not eat at all. Few in the village could imagine spending all this time without a priest.

The peasants wrote a letter to the bishop asking him to send them a priest. “Your Holiness, could you please appoint us a priest, at least for the Bright Week and the Pascha,” they implored. “We need him to lead and guide us in our preparation, prayer and repentance, and in the celebration of the Bright and Holy Pascha. Do not let your flock go without a shepherd, do not let our pleas go unanswered. Your Holiness, please send us a priest of Your choosing.”

The bishop read the letter and conveyed the request of the mountain dwellers to the participants in the next episcopal meeting. “Fathers, who can travel to this village for the Lenten weeks?” he asked. But none of the priests could, and each gave a valid reason. As the meeting continued, the request from the mountain dwellers was lost among the other agenda items and the current documents. Everyone forgot about the letter, busy with other errands and preparations for the Pascha.

Finally, the Great and Holy Pascha came, which all Greeks celebrate together in great awe and piety. Because Orthodox Christianity is Greece’s official religion, it is also a public holiday upheld at the governmental level. The Pascha week was over, and the episcopate’s priests were back at work. The bishop saw a letter on his table, and again it was from the mountainous village. It read, “Your Holiness, we have no words to convey to you our gratefulness and deep appreciation for your consideration and attention to the needs of our parish. Forever we will praise the Lord and be thankful to you, Your Holiness, for sending us this pious and blessed priest to lead our Paschal celebrations. Never before have we prayed together with a priest of such exceptional grace and humility.” At the next episcopal meeting, the bishop asked the attending priests, “Last time, I read our a letter from the peasants of a mountainous village who requested a priest. Who traveled there?” Everyone was silent, no one said a word. The bishop was intrigued and curious. So he put together a delegation and days later, dust was clouding over the mountainous village on Aegina Island as the bishop and his group approached the village. It was the bishop’s first visit there with such a large group of people. The parishioners bet him with paschal cakes, festive drinks, painted eggs, and bunches of flowers. In a solemn procession, they all went to the small church.

In Greece, all priests are civil servants, and they are required to enter their names in a designated logbook of the church, even if they serve there only once.  The bishop bowed before the icon of the church’s patron saint and went into the altar. The Royal Doors were open, and all the people at church saw him pick up the logbook and take it to the nearby narrow window. Hastily, he paged through it and found the last entry. The inscription, made in elegant handwriting and beautiful ink, read, “Nectarios, Metropolitan of Pentapolis.” Awe-stricken, the bishop dropped the book and fell on his knees right where he was standing.

As the news of the great miracle sank in, everyone was awe-stricken. After some moments of ringing silence, everyone was overwhelmed with emotions. The people fell on their knees, raised their hands, hugged, wept, and gave thanks to Jesus and Saint Nectarios. Only now were they beginning to realize what had happened. The Almighty Lord had heard the tearful prayers from His people in a remote mountainous village and sent them a shepherd from His Kingdom of Heaven. Their shepherd on earth had forgotten about his smaller flock, but not the Lord of the Heaven and Earth. It was the moment of truth. Metropolitan Nectarios who departed this world in the 1920s, spent an entire week in the flesh with the simple shepherds and their families. He headed their processions of the Cross and to the Empty Tomb, sang hymns and said prayers, gave them comfort and guidance. He spoke to them about the Lord like nobody else had ever spoken to them before.

Only now did the people begin to realize what had filled their hearts with heavenly joy, inspired them to repent tearfully, and made them cry with endearment, unrestrained and unashamed. Now they knew what was keeping them awake and eager to stand in prayer. The icon of Saint Nectarios was displayed at their church in a visible location, but nobody recognized him. Perhaps God had willed to hide from the people the identity of their good priest while he was with them.

Translated by The Catalogue of Good Deeds 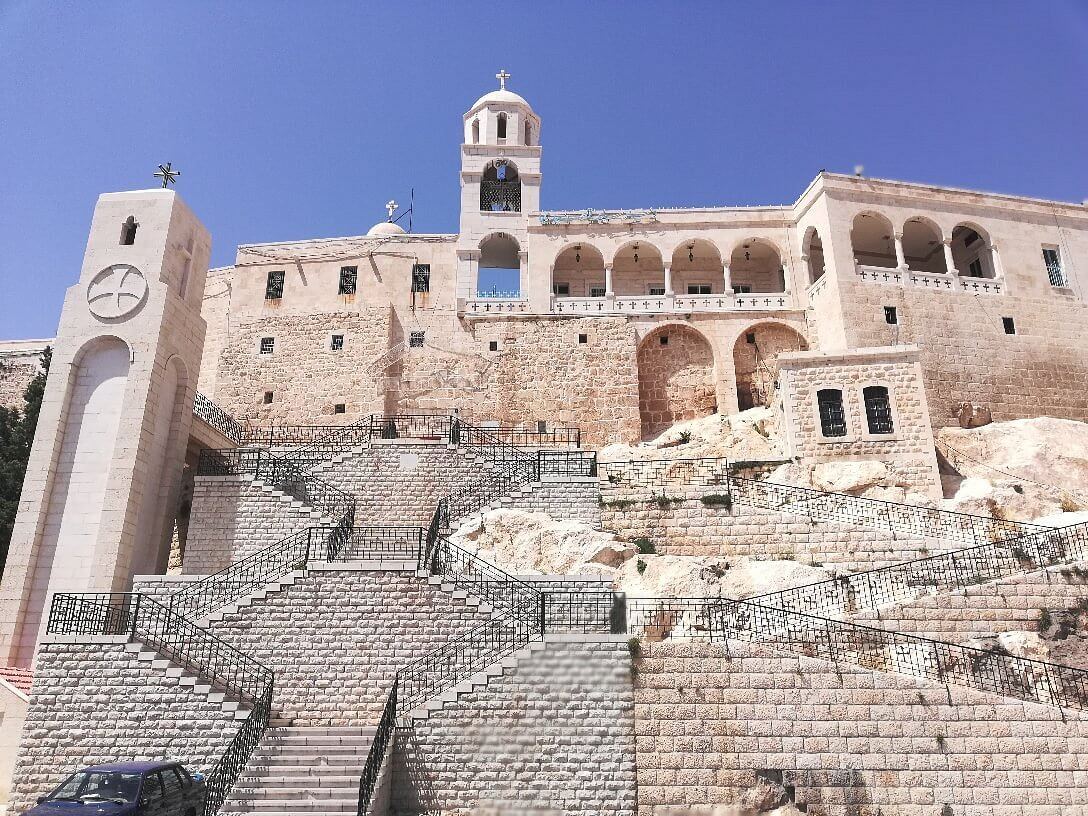 A Miracle of the Panagia in Syria 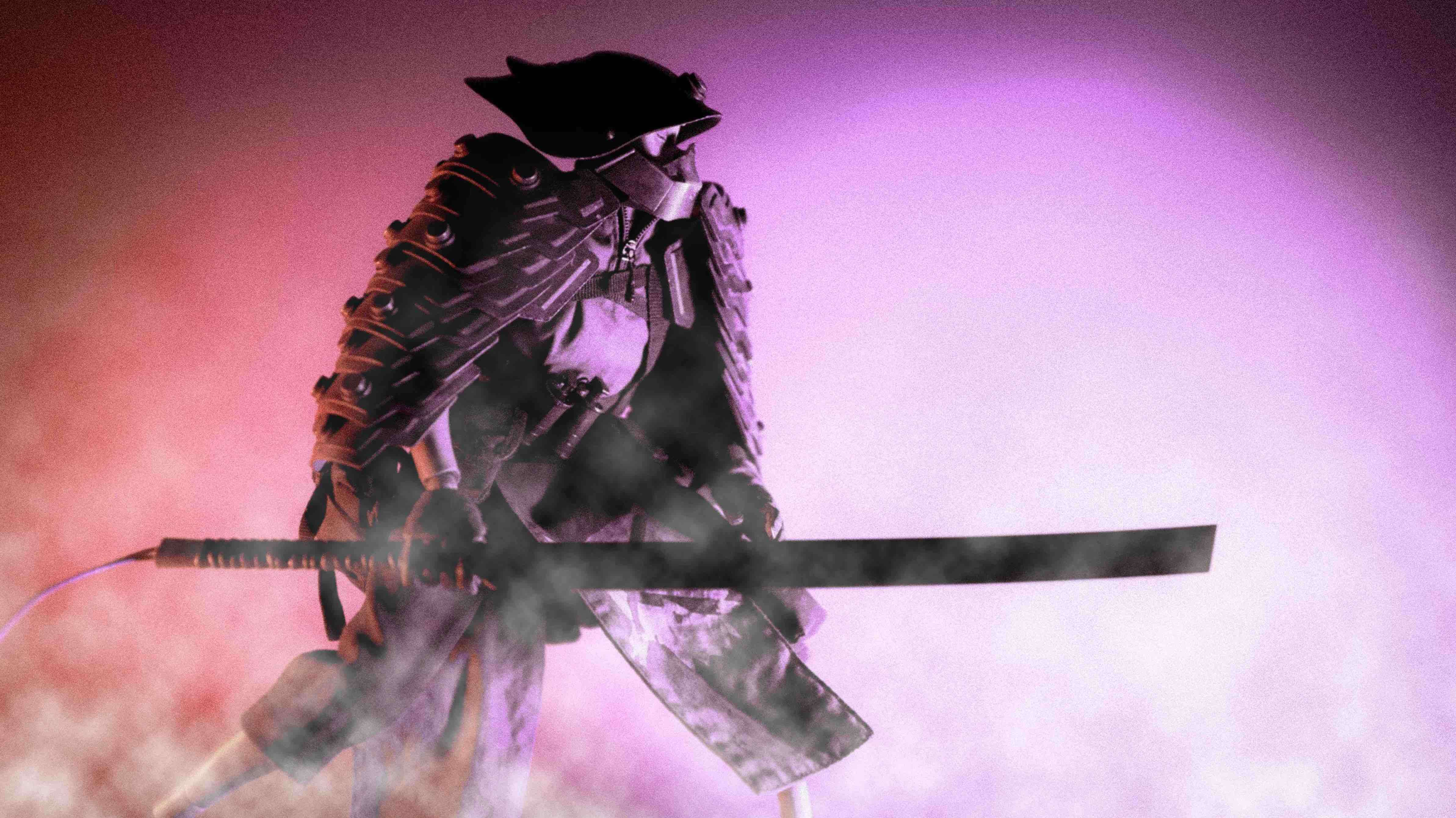 Definition of Heaven and Earth